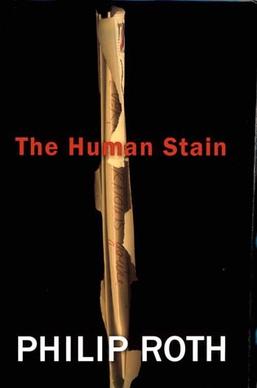 The Human Stain (2000) is a novel by Philip Roth, published May 5, 2000. The book is set in Western Massachusetts in the late 1990s. It is narrated by 65-year-old author Nathan Zuckerman, who appears in several earlier Roth novels, and who also figures in both American Pastoral (1997) and I Married a Communist (1998), two books that form a loose trilogy with The Human Stain.[1] Zuckerman acts largely as an observer as the complex story of the protagonist, Coleman Silk, a retired professor of classics, is slowly revealed.

A national bestseller, The Human Stain was adapted as a film by the same name directed by Robert Benton. Released in 2003, the film starred Anthony Hopkins, Nicole Kidman, Wentworth Miller and Gary Sinise.